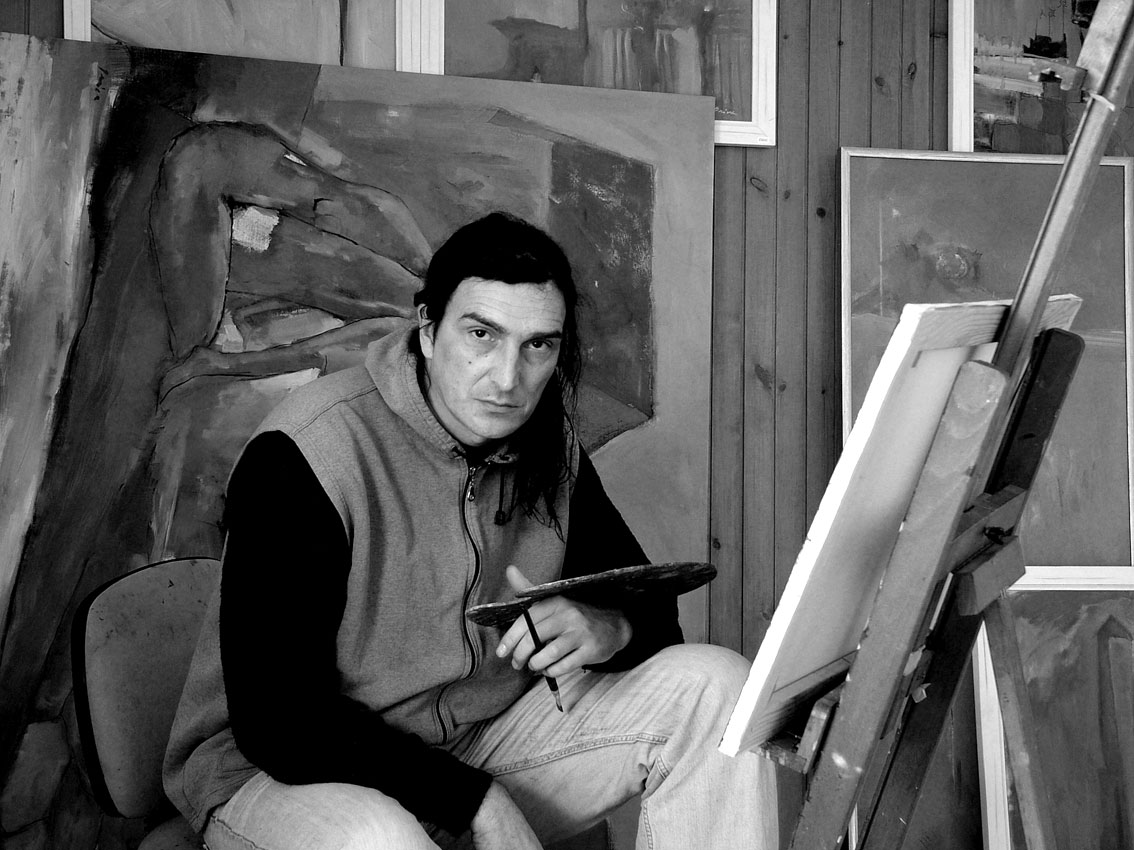 I feel no need to praise or brag about my work and me.Ever since a young age I've been interested in numerous forms of art, for example, painting was my favorite thing to do.Now as an adult, I still enjoy this particular game, for me called ''Art''. One of my first art expositions was at my age of fifteen followed by two others at age of seventeen. I received some art awards for these.  At that point I realized I could turn this game into my life.  As I thought about this, iI stumbled upon my first problem and everlasting question: ''How do I do that?''  I was well aware of the fact that I,  not yet, posessed enough potential to call myself a true artist.  As I could paint,  I could not properly project my own ideas onto the canvas.*  What seemed as the most logical step for me to take was to study art and that is what I did.  I enrolled at the Art Academy in Rijeka, Croatia. The teaching in styles and approach in different perspectives, also sensibility,  was a whole new world to me.

After I've finished these three years of Art Academy,  to my great dismay,  the war in former Yugoslavia began.  To me,  this war,  was a crossroad in my heart.  The path I had to choose would haunt me,  either way,  forever.  This war wasn't mine,  and never would it be,  for it could not have been victorious for any of us,  considering we still fight against it,  in our minds and hearts. I had moved to Serbia and continued my studies at the Art Acadamy of Novi Sad.

My childhood game had ended here.  Nothing was as it used to be,  for change had fallen upon us as a season of life.  Joy had been stripped off my body violently,  and the seriousness of life and war had to fill that empty dark feeling.  Though, I received a scholarship from Sweden to continue my study there,  which I should've been very excited about,  I was not. Emotional turbulences led me to drop out of my final year at the Academy.

Realization kicked in.  And it had kicked hard.  After dealing with realism and occasional hyperrealism,  I've tried mastering classical portraitism and still life  For the next five years I have worked on church art presertvation and restauration, in order of the Serbian National Office for protection of cultural monuments.  Because of this I have the privilege and honor to permanently exhibit nine portraits,  done by me, in two episcopal homes of the Serbian Orthodox church.  My work is also present in a few churches,  which some of are frescoes and others are oil on canvas.  You may find over 300 and more of my paintings in various private collections.  Besides this, in the last fifteen years, I have done more than four thousand marble engravements. These days my painting style, after a few life cycles, has returned back to basics. With this I think back about my childhood and the mistakes I was allowed to make. Back to my old childhood game, longed for, after all these years.

My name is Vladimir Prica, Son of Nikola and Milica from Vrpile. Born on the 16th of March 1968 in Bihac. Finished primary school in Korenica, high school in Gospic, studied at two Art Academies, those of Rijeka and Novi Sad.

Association of Fine Artists of Serbia

Vladimir Prica was born in 1968. He studied three years at the Academy of Applied Arts in Rijeka, Croatia, and then continued another two years at the Academy of Arts in Novi Sad, Serbia. Actively engaged in painting for over 25 years. He has exhibited in several solo andgroup exhibitions at home and abroad. His paintings are in private collections around the world as well as in the exhibitions of several institutions and two palaces. please visit my home page